1.a mortuary where those who knew the deceased can come to pay their last respects 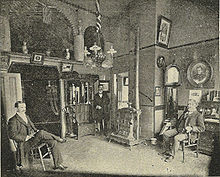 Offices of the Butterworth & Sons mortuary in Seattle, WA, 1900 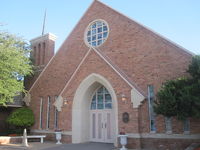 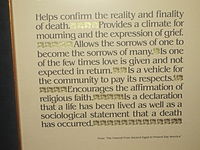 Reasons for funerals, from "The Funeral from Ancient Egypt to Present-day America", posted at Resthaven Memorial Park; click to read.

A funeral home in Islip, NY 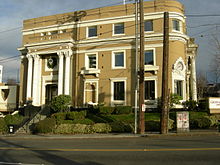 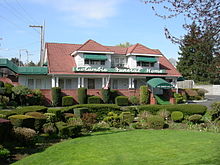 A funeral home, funeral parlor or mortuary, is a business that provides burial and funeral services for the deceased and their families. These services may include a prepared wake and funeral, and the provision of a chapel for the funeral.

Funeral homes arrange services in accordance with the wishes of families and the deceased. The funeral home often takes care of the necessary paperwork, permits, and other details, such as making arrangements with the cemetery, and providing obituaries to the news media.

There are a few common types of services in North America. A traditional funeral service consists of a viewing (sometimes referred to as a visitation), a funeral service at the church of the deceased (or at the funeral home chapel), and a graveside committal service. Direct cremation consists of the funeral home receiving the remains of the deceased, filing the necessary paperwork (according to state/provincial laws), and completing the cremation process. Direct/immediate burial is when the family of the deceased forgoes a funeral ceremony and solely wishes their loved one to be buried in a timely manner. Forwarding or receiving of remains to or from another mortuary consists of preparing the body for shipment in a coffin strapped into an airtray or a combination unit. This is used when the cemetery in which the deceased is to be buried lies in another state or country.

When the deceased are brought to the funeral home, they are sometimes embalmed to delay decomposition. The typical embalming procedure involves replacement of the blood of the decedent with a mixture of preservative chemicals and dyes, aspiration of the internal organs, and the setting of the person's features. The use of makeup to make a person look more lifelike is often employed. If the deceased was disfigured from an accident or illness, the embalmer can sometimes utilize restorative techniques to make the body presentable for an open casket service. If the embalmer is unable to do so, or if the family requests otherwise, the funeral home can perform a closed casket service.

The funeral home often sets aside one or more large areas for families to gather at a visitation. This area may contain a space to display the deceased in their casket for visitors to pay their respects. Funeral services and memorial services may also take place at the funeral home. Many funeral homes also offer prearrangement services for those who wish to prepare their own funeral services before death.

Several large multi-national corporations in this service field have received exposure from high profile litigation.[1] The Loewen Group, Inc., received a particularly large jury verdict in the State of Mississippi which was later found to be in error as the allegations against Loewen Group proved false. The Canadian based company then brought suit against the United States alleging violations under N.A.F.T.A..[1] Houston based Service Corporation International has also had their share of legal troubles with the operations of both their funeral home and cemetery operations.

With the advent of many people favoring cremation in North America, there has been a new classification of a funeral establishment that has started to become popular, these are classified as a "Transfer Service", they can provide the basic needs to have someone either cremated or buried without a funeral service. Transfer services are limited as to what they can offer the public as they do not have licenses issued for preparation embalming nor can they hold or offer services for a visitation with the remains present, however, this process is becoming more valuable in North America despite the loss of what traditional funeral service can provide a grieving family.